Jacob (in my dream) came out of the house first.

He doing urinating first and then in rather gibberish tone telling me to hurry up and go back to the house with him. I woke up very quickly suspecting that I had urinated on my bed.  This is how I used to wet my bed in lower primary. Indeed my bladder was full. The comfort of an emptied bladder could not however take me back to sleep as the pain of missing my son – my children gripped me. I stayed awake till morning my mood being a very bad one. That Monday was one of my longest days.

After labour, we went to our work place, printing. We were there standing outside the work station for close to 30minutes before we were informed Afande was not reporting. We then chatted with colleagues who were also victims of the anti-corruption Court.

We explored life outside the public service after serving our sentences. There were many options including agriculture, trade in produce and opening up consultancies. I off course did not let them know I was writing as this is widely considered a wild dream.

Having nothing more to do, I left the place to order for some consumables from the corporal in charge purchases.  I then went back to my ward for breakfast. It included milk tea and roasted groundnuts thereafter I had a mid-morning bath and rested till lunch time.

While we were resting, Mubira a.k.a Zubaben Okongo went haywire again promising to blow off any person who tampered with him. He stated that he was demanded a human being out there.  When pressed to elucidate on his utterances, he only said that when the judge brought his wife, the mother of the child he was accused of killing as a witness, he asked her;

“Is the child dead?”

“Yes, my child is dead,” the mother according to Mubiru responded sobbing.

“Eeh! Is the dead child yours really?”

“Yes off course,” she replied.

“But here am accused of killing my child.” Mubiru told us he responded knowing he had outwitted the prosecution that was accusing him of killing his own child.

Mubiru said after what he believed was his spirited defense, he turned to the judge and told him that the dead kid was not his but for the woman before court. That he therefore had no case to answer. He went on to tell the judge that he had actually just heard of the death of the kid from him.

He was off course convicted having spent 3½years on remand. When asked about the length of the sentence, he stammered and said he did not bother to know the length of his sentence after all he was not excited about being released from prison.

“Even if it were you, a human being is demanded of you and yet that person is dead, where do you get a replacement?” Then he changed topic by starting on his Kiganda Songs again, this time doing a Philip Lutaya rendition.

OPINION: Ukraine is winning the battle on Twitter, but in the real world Kiev is losing the fight for the Donbass 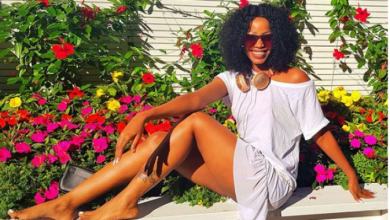 MY PRISON STORY SERIES: Face To Face With Agony of Accessing Medical Treatment